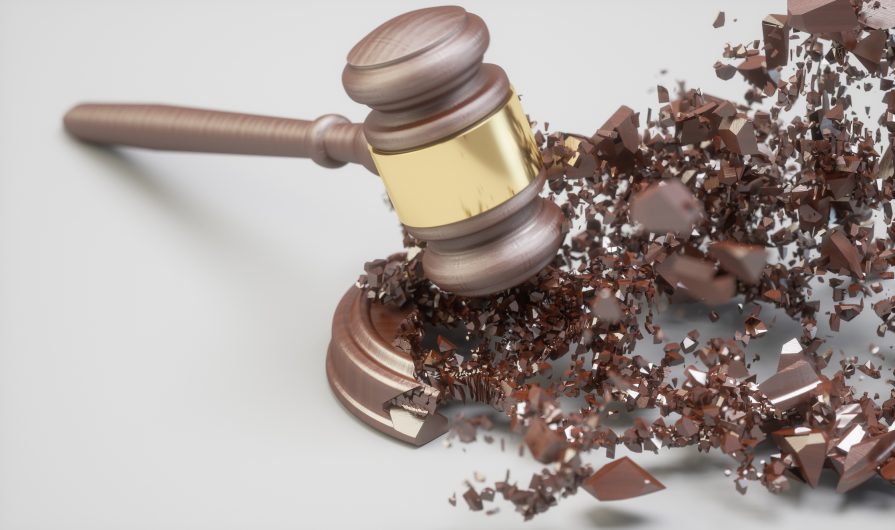 If history is any guide, Jeffrey Epstein’s longtime partner is unlikely to pay the price for their crimes.

With the July 2 arrest and indictment of Ghislaine Maxwell, the longtime partner of Jeffrey Epstein, the victims of their child sex-trafficking ring are once again being led to believe that the truth about the network of high-profile abusers and protectors will finally be revealed.

One victim, Maria Farmer, first reported Epstein’s crimes to the FBI in the 1990s, but her reports were ignored. Maria is currently battling two forms of cancer. The arrest of Maxwell has given her renewed hope. “When you wait a quarter of a century for something, it’s pretty exciting when it happens,” she told the Daily Beast through happy tears. “I really feel hopeful that . . . maybe they’ll go down the list of coconspirators.” Another victim, Jennifer Araoz, said, “Maxwell was the center of that sex trafficking ring.” Her arrest “means some justice for survivors can exist.” Courtney Wild said that the arrest of Maxwell “gives me more confidence in our system.”

In a previous column, I described how the federal government has covered up for Epstein and Maxwell and their coconspirators. Back in 2005, more than 30 child victims, some as young as 14 when they were recruited to become sex slaves for Epstein and his guests, were tricked into cooperating with the FBI, based on the promise that the U.S. attorney’s office in south Florida intended to prosecute the Epstein-Maxwell child sex ring. Instead, the lead prosecutor on the case, Alexander Acosta, double-crossed the victims and entered into a secret and illegal deal to grant immunity to Epstein and all his “potential coconspirators.” Acosta later explained that he cut the nonprosecution deal with Epstein’s attorneys because he had “been told” to back off, that Epstein was above his pay grade: “I was told Epstein ‘belonged to intelligence’ and to leave it alone.”

The problem for the victims is that a deep dive into the Epstein-Maxwell network would implicate not just powerful men like Bill Clinton, who took at least 26 trips on Epstein’s private jet—nicknamed the Lolita Express—but also untouchable U.S. intelligence officials like Michael Hayden, who was CIA director in 2007 when Acosta was told to “leave [Epstein] alone.”

Thus, the government has gone to great lengths to avoid any detailed investigations into the criminal enterprise. Then in November 2018, a reporter from the Miami Herald embarrassed the government by identifying about 80 victims of the sex ring and by telling the story of how the victims were double-crossed by Acosta’s office in 2007. In response to this series in the Herald, federal agents arrested Epstein last summer and charged him under the same indictment that had been drafted and shelved a decade before.

As a general rule, it is difficult to avoid deep dives into a case at a public criminal trial. Wealthy people like Epstein and Maxwell can afford to hire experienced criminal lawyers and investigators. At trial, they would have a strong incentive to expose the role of U.S. intelligence agencies as part of a potential public authority defense. Also, because this is a sex-trafficking case, it would be difficult for the CIA to simply classify all the evidence that links the agency to the defendant. This is a common tactic in terror cases where government lawyers typically argue that disclosure of any document about the CIA would be a threat to national security.

Any evidence that the CIA was working with Epstein by, for example, installing hidden cameras on his properties, or reviewing video footage involving world leaders like former Israeli prime minister Ehud Barak, would be devastating for the agency. The use of children to obtain kompromat—compromising information—on foreign leaders shocks the conscience. And most of the girls preyed upon by Epstein came from disadvantaged families or foster care.

It is widely reported that all of Epstein’s properties were wired with hidden cameras. It is also generally understood that Epstein’s tremendous wealth—estimated at a half billion dollars—was acquired through sexual blackmail of some of the richest and most powerful people in the world, including Leslie Wexner, founder of Victoria’s Secret parent L Brands.

Robert David Steele, a former CIA officer, told a radio interviewer in 2017: “Many politicians have been compromised. It was a Mossad/CIA operation . . . There are videos of some of the most powerful players in the most humiliating positions. If this gets out, not only are the politicians ruined, but the extortion game is over and suddenly, the influence CIA and Mossad wield over Washington is gone.”

Still, neither Congress nor the Department of Justice has made any effort to investigate the role of U.S. intelligence. This is not surprising. During the Obama administration, the only person prosecuted in connection with the CIA torture program was John Kiriakou, a CIA agent whistleblower who refused to participate in and helped expose the brutal, illegal, and ineffective program.

The danger that an Epstein trial posed for his powerful associates went away last summer when Epstein was found dead in his cell less than a month after his arrest. The official cause of death was suicide. But there are reasons to suspect that Epstein was murdered and that the crime was covered up. A forensic pathologist hired by Epstein’s family described injuries—”three fractures in the hyoid bone, the thyroid cartilage”—that are “very unusual for suicide and more indicative of homicidal strangulation.” “I’ve not seen in 50 years where that occurred in a suicidal hanging case,” said Dr. Michael Baden, a former New York City medical examiner. Moreover, the two cameras outside Epstein’s cell were broken, the two guards who were supposed to check on Epstein every half hour both mysteriously fell asleep, and shrieking was heard coming from Epstein’s cell on the morning of his death.

As for Maxwell, a full-blown public trial would also pose a threat to some powerful men. Two puzzling facts about the case, however, suggest that an honest account of the Epstein-Maxwell criminal network will not soon be forthcoming, even if she survives to see a trial. First, although her criminal partnership with Epstein spanned at least 20 years, the indictment focuses on just three years: 1994 through 1997. This is highly suspicious. It suggests that if the case were to go to trial, the government would try and limit the evidence to those years, thus protecting a person like Bill Clinton, who was a frequent passenger on the Lolita Express beginning in 2001, immediately after he finished his time as president. Further, the narrow time window suggests that the prosecutors in New York might be playing partisan politics by selecting the time period when Epstein was associated with President Trump, hoping to distract the mainstream press and the public with a Trump sideshow. Prosecutors in the Southern District of New York have publicly feuded with Trump, and one of the prosecutors listed on the indictment is the daughter of former FBI director James Comey.

Second, why was Maxwell, a citizen of three countries, living in the United States knowing that she would be arrested? This fact suggests that the government has already worked out a deal with Maxwell’s lawyers that would likely provide little satisfaction or clarity to the long-suffering victims.

In a functioning democracy, the people would get to learn the truth about their government’s involvement in criminal activity. But we live in a corporate state where the government serves the moneyed interests and regularly lies to the people. Our best source of information about government crimes has recently come from whistleblowers like Chelsea Manning and Edward Snowden. But the persecution of their publisher, Julian Assange, has made it harder to get the truth out to the people. The mainstream press has become a lapdog to power. Thankfully, the Internet has made it possible for alternative noncorporate outlets, like the Grayzone and Consortium News (and of course the Reader), to investigate and push back against official lies. Support independent media!

See this article in The Reader. 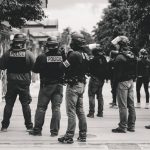 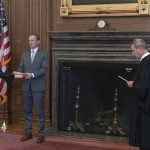