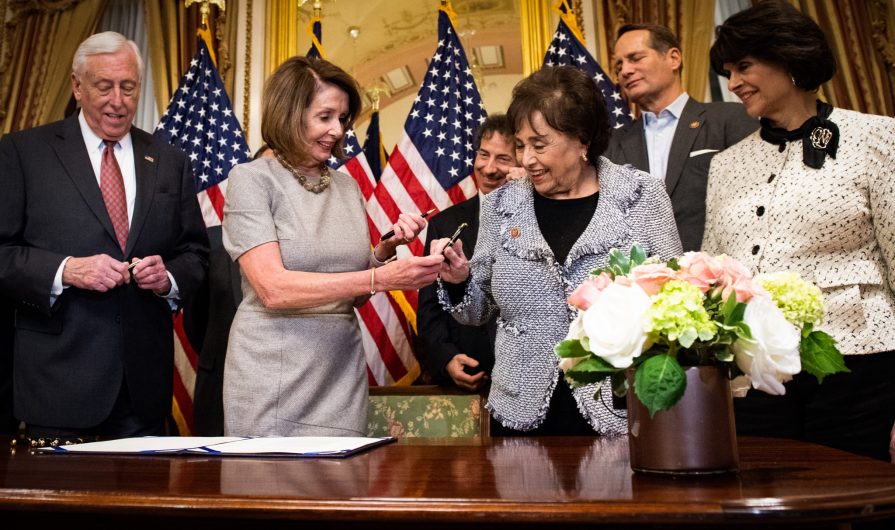 The second impeachment of President Trump, this time for inciting a riot, got a big boost last week when dozens of large corporations endorsed the effort. Amazon, American Express, Blue Cross Blue Shield, BP, BlackRock, Dow Chemical, Goldman Sachs, and other major companies announced their support for impeachment by stopping donations to Republicans who refused to certify the Electoral College vote. Meanwhile, Twitter and Facebook have banned Trump from their platforms, while his lender Deutsche Bank has reportedly cut off funding to his golf courses and hotels.

These moves by major corporate donors helped convince ten House Republicans to join the Democrats in voting for impeachment, even though their defection from Trump will likely invite challengers in future GOP primaries. Trump’s impeachment now moves to the Senate for trial. The Constitution requires a two-thirds majority to convict a president, meaning at least 17 Republicans would need to join all 50 Democrats and independents in the new Senate.

According to the Associated Press, Senate majority leader Mitch McConnell spoke to “major Republican donors last weekend to assess their thinking about Trump and was told that they believed Trump had clearly crossed a line.” McConnell now sees the House Democrats’ drive to impeach Trump as an “opportune moment to distance the GOP from the tumultuous, divisive outgoing president.”

All this is more proof that the big corporations control the levers of power in D.C. And in case you think that these corporations are taking a moral stand against Trump or to protect our constitutional democracy, don’t be fooled. These companies have purchased our representatives outright, destroying democracy. They are enemies of working people and the environment. Amazon busts unions and pays poverty wages, forcing its workers to rely on food stamps to survive while its head, Jeff Bezos, has increased his net worth by nearly $70 billion since last March. BP is one of the world’s biggest polluters; its 2010 Deepwater Horizon oil spill in the Gulf of Mexico, which covered 68,000 square miles, killed 11 people, and inflicted untold ecological damage. BlackRock is the world’s biggest financial backer of fossil fuel companies and has worsened the global climate crisis exponentially.

The sole objective of these corporations is stability, which they expect President Joe Biden to restore. They already got their tax cuts, deregulation, and bailouts from Trump. Now they want him to leave the stage. They don’t care if the president is a Democrat or Republican. They own and control both of those parties. They just want someone less erratic and disruptive.

In 2003, President George W. Bush and Vice President Dick Cheney told outright lies to convince Americans that Iraqi president Saddam Hussein had stockpiles of chemical weapons and was seeking nuclear weapons. All to justify a war that killed and maimed thousands of American soldiers and hundreds of thousands of innocent Iraqis. When proof of this deception came out, House speaker Nancy Pelosi rejected calls to impeach Bush. No one was held accountable for this monstrous war crime, nor for the regime of torture used to cover up the fraud. To the contrary, CIA Director George Tenet, who helped the president perpetrate the fraud and the coverup, was awarded a Presidential Medal of Freedom in 2004.

The failure to hold war criminals to account guarantees that their crimes will be repeated by future leaders. Indeed, in 2011, the Obama administration again told lies to convince Americans that Libyan leader Muammar Gaddafi was supplying his soldiers with Viagra to encourage mass rape, and that he was planning to massacre civilians in Benghazi. These official lies spurred the NATO bombing campaign that killed thousands of innocents and transformed Libya from the African country with the highest standard of living into a war-torn failed state.

War is incredibly profitable to the weapons manufacturers and Wall Street. Thus our major corporations will never support impeachment hearings for war crimes. The corporate donors demand that future presidents be free to lie us into disastrous (but profitable) wars without fear of impeachment.

Trump may well deserve to be impeached for inciting a riot, even though his trial in the Senate will be largely symbolic as it won’t take place until after he has left the White House. But the focus on Trump as the villain will allow other culprits to avoid scrutiny. For example, the assault on the U.S. Capitol was planned for weeks out in the open on social media platforms like Twitter, Facebook, and YouTube. Tens of thousands of Trump supporters who believe the election was stolen were encouraged to come to the Capitol on January 6 and stop Congress from certifying Joe Biden as president-elect. Yet our well-funded Department of Homeland Security and 17 intelligence agencies somehow failed to protect the Capitol.

The Capitol Police has more than 2,000 officers and a nearly half-billion dollar budget, bigger than the budgets for police departments like Atlanta and Detroit. It has one mission: to defend two square miles. Yet observers report that only a fraction of the force was on duty January 6, and that some of those officers may have aided the rioters. When Black Lives Matter protestors were feared to pose a threat to monuments and landmarks last summer, the National Guard was immediately brought in and the protestors were violently suppressed. But this time, requests to bring in the National Guard were denied or delayed.

An investigation into the failures of law enforcement before and on January 6 is critical. Especially since President-elect Biden has already announced plans to pass a new Patriot Act to combat “domestic terrorism.” In other words, just like after 9/11, our government wants to reward its own incompetence by expanding its powers. History teaches that agencies like the FBI will use its expanded powers to hunt down and neutralize the left. In the 1960s, the FBI used programs like COINTELPRO to harass civil rights leaders like Martin Luther King Jr., and to crush the Black Panthers, the Socialist Workers Party, and the American Indian Movement, all under the guise of weeding out “extremism.”

Congress itself deserves scrutiny for its dismal performance during the pandemic. Most other governments around the world recognized that if you require businesses to shut down, you must take care of workers. Countries like Australia, Britain, Spain, France, Italy, Germany, and Canada are all providing subsidies and support for furloughed workers. But here in the wealthiest country on earth, Congress responded to the pandemic by passing the CARES Act, which protected the profits of the investor class and left most workers out in the cold. Many Americans are understandably feeling desperate and betrayed.

In my last column, I wrote about the growing movement on social media to pressure progressives in the House (aka the “Squad”) to “Force the Vote” on a Medicare for All bill that was introduced nearly two years ago with more than 100 cosponsors. Although the bill has the overwhelming support of the people, Pelosi has refused to bring it to the floor for a public debate and a vote. Why? Because the major donors to the Democratic Party prefer our for-profit health-care system in which millions of Americans face bankruptcy when they get sick, even if they have insurance. I wrote that the Squad had the leverage to demand a vote on Medicare for All in exchange for assuring Nancy Pelosi’s reelection as Speaker. Indeed, members of the Squad like Alexandria Ocasio-Cortez got elected promising to stand up to corporate Democrats like Pelosi and to fight for Medicare for All.

On January 3, 2021, Pelosi was reelected speaker of the House. Not one member of the Squad withheld their vote for Pelosi or made the demand of a floor vote for Medicare for All a subject of protest during the proceedings. The speed at which the Squad has collapsed and been co-opted into the fold of the corporate Democrats is demoralizing for the true progressives who supported their campaigns and believed their promises. It shows that people don’t change the Democratic Party, it changes them. It also illustrates why it is time for a People’s Party that is not funded by corporations.

The spectacle of another impeachment trial also lets the mainstream press off the hook for its part in fueling the rage that erupted on January 6 at the Capitol. Once great bastions of unbiased journalism have become partisan tools of the corporate parties. While half of the country is told that Democrats stole the 2020 election from Trump, the other half is told that Russia stole the 2016 election from Hillary Clinton and that Trump is a Russian agent.

I do want to end the first column of the new year with something hopeful. President-elect Biden has nominated a respected and experienced diplomat to be CIA director. William Burns is a former deputy secretary of state and ambassador to Russia. Ray McGovern, former CIA analyst and cofounder of Veteran Intelligence Professionals for Sanity, says “Burns can be counted on to help Biden resuscitate the Iran nuclear deal—the more so, since Burns played a key role in getting the negotiations with Iran started.” There is also hope that Burns will be able to bring the CIA back towards its original mission of unbiased intelligence collection instead of what the CIA has become—a dangerous paramilitary involved in drone targeting and regime change operations around the globe.

Here’s to keeping hope alive and to better times in 2021!

Read this article at The Chicago Reader. 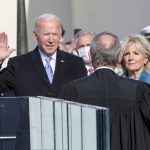 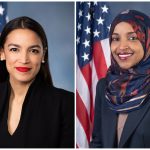 Next Story:
What happened to the Squad?