in 1995 Albie Sachs, then a member of the Constitutional Court of South Africa, helped abolish capital punishment, explaining that his goal was to disable the post-apartheid government from “any temptation in coming years to attempt to solve grave social and political problems by means of executing opponents.”

Sachs understood that reasonable minds can differ as to whether a person who commits a heinous crime deserves to die, but no one can dispute that rulers given extraordinary powers—such as the power to decide who lives and who dies—will sooner or later abuse those powers. Sachs had reason to distrust government. During the apartheid regime, he was held in solitary confinement for his political activism on behalf of the African National Congress; later, he had his arm and eye blown off when government agents tried to assassinate him with a car bomb.

Sachs’ warnings about unchecked power came to mind recently when I read the New York Times article by Jo Becker and Scott Shane about President Obama’s “kill list.” According to Becker and Shane, Obama meets every Tuesday with his advisers to help decide who should be assassinated by killer drones in places like Pakistan, Yemen and Somalia. A February poll by ABC News/Washington Post found that 83 percent of Americans approve of Obama’s use of drones to kill terrorist suspects abroad.

In contrast, support for the death penalty here in the U.S. is declining, with five states voting to abolish it in recent years. Americans have come to accept that the state can’t be trusted with the machinery of death. So why do we trust our elected officials to assassinate terrorists on foreign soil, where they act as prosecutor, judge, jury and executioner?

The likely reason for the difference in public opinion is access to information. Our government says that its drone strikes are “crippling al Qaeda” and only rarely killing civilians. But we the people cannot evaluate this claim because the Obama administration has classified all the evidence, only releasing information at its own discretion. As David Sirota recently noted, Congress is focused not on overseeing the assassination program, but on punishing those who leaked it to the press. Meanwhile, the Obama administration is aggressively prosecuting the whistleblowers who reveal information about the disreputable acts it wants kept secret.

Under the Constitution, Congress should be overseeing the drone program and keeping the administration honest. But this system of checks and balances has broken down in favor of a system in which the political branches of government seek campaign cash from the industries they are charged with regulating—in this case, the corporations making our weapons of war.

Available evidence reveals what Congress might find if it did its job. The New York Times reports that Pakistan and Yemen are becoming less stable and more hostile to the United States. The Washington Post reports that in Yemen, videos of dead children and furious tribesmen holding up American missile parts have flooded YouTube, breeding anger at the United States and sympathy for al Qaeda. The fact that the drone war keeps expanding—from Afghanistan to Pakistan to Yemen to Somalia to the Philippines—also suggests that the strikes are not “crippling al Qaeda,” as we are told.

In a functioning representative democracy, these issues would be investigated and debated. Such an investigation would be useful to the American people who pay for these wars. But it would not be useful to the military-industrial complex, which wants to see the drone war expanded, not curtailed.

While the administration won’t say what evidence it requires to place a name on the kill list, we can glean something from three of the administration’s most celebrated drone kills: Anwar al-Awlaki, Samir Khan and Abu Yahya al-Libi. These men were reported to be clerics and scholars rather than warriors, and appear to have been targeted mostly for their anti-U.S. rhetoric and their ability to influence others.

That raises a question which might be posed by Judge Sachs: What future outspoken critics of U.S. foreign policy might qualify for the kill list, should they dare travel somewhere within the ever-expanding drone-war battlefield? 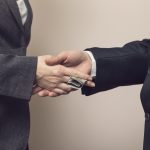 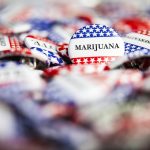